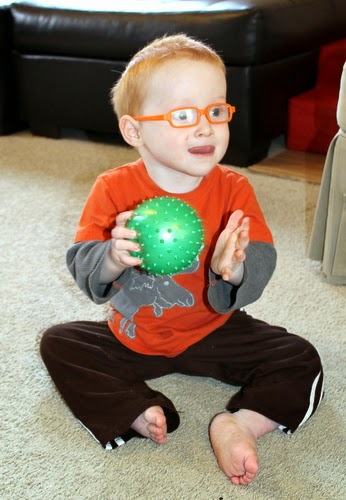 It is Sunday and time for an update on Mason's post-surgery recovery.  To be honest, if you had told me on Tuesday or Wednesday that by the weekend Mason would be playing pretty much like he was before surgery I wouldn't have believed you.  He was in so much pain and didn't move unless you made him.  He feels so much better already. 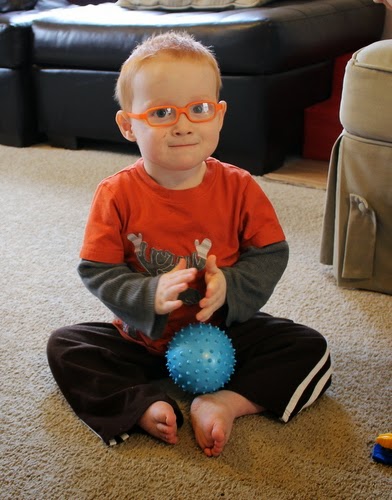 He is crawling.  He is sitting himself up.  He is climbing.  He is on the go for hours at a time before he needs to slow down and rest. 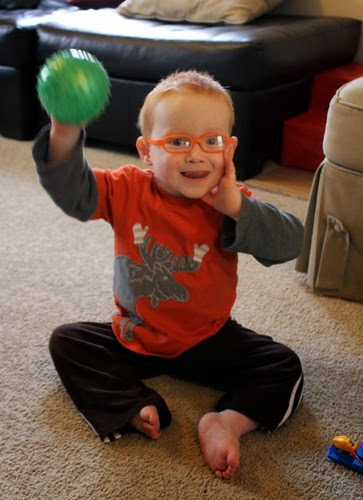 That core strength we were concerned about?  It's strong!  He's able to lift both hands and balance for a while. It is a beautiful blessing from God!

We still have not seen his incision.  We remove Mason's bandage tomorrow morning. I'll take some pictures when we do.
Posted by Tristan at 10:15 AM