Laying Around, Basketball, and Surgery Update 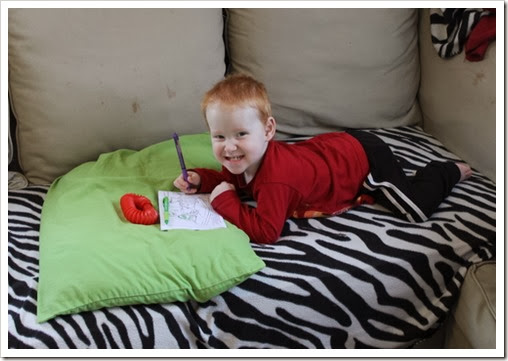 This laying around thing is hard!  We are being really diligent at spending most of the day laying down on tummies instead of sitting on the nice surgery site.  Mason is being patient some of the time and complaining about it some of the time.  This corner of the couch is ‘his’ spot, with a blanket covering the cushion so he can draw with a pen all he wants.  He loves pens.

The incision looks good still, glue is mostly intact, stitches are intact, bruising and swelling is minimal.  Are we out of the woods yet? Not by a long shot!  We have 10 more days of mostly tummy time before we go in for a checkup and the we will most likely still be on mostly tummy time for a few more weeks.

In the short sitting breaks Mason is allowed he is usually in his wheelchair.  It keeps him from scooting on his bottom, a big no-no right now. 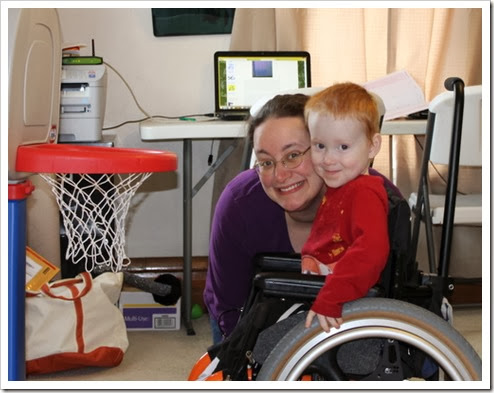 He spent one day playing basketball with Mommy during sitting break so here are some pictures: 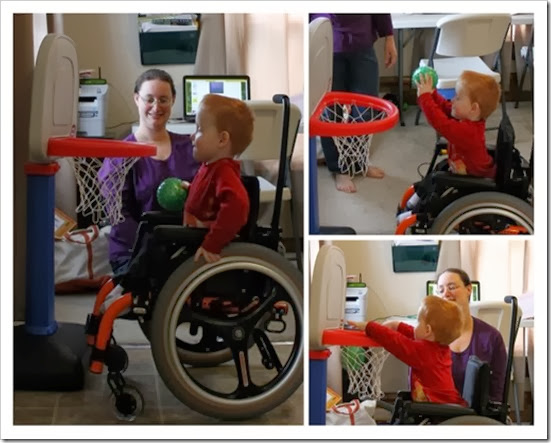 Mason has started holding the ball and wheeling over to the hoop, switching hands as needed.  It amazes me.  We use small, light balls that he can get a good grip on instead of the basketball a lot of the time.  We can also see that his core strength is improving because he doesn’t collapse over nearly as often when throwing the ball. 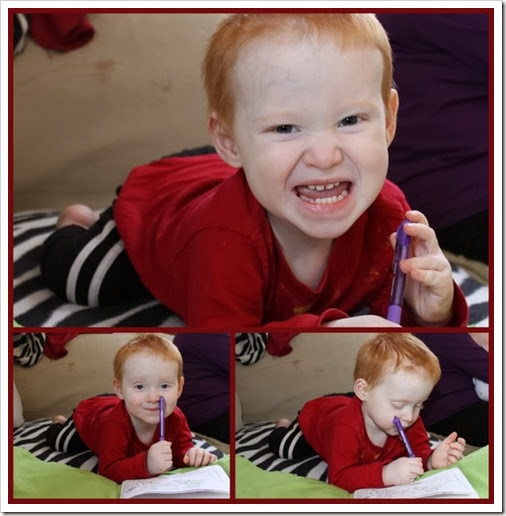 He has been making this face a lot lately.  It is Mason’s version of a smile.  Cute little teeth in a grimace.  Then he goes back to a relaxed face and moves on with his business.

Icky Factoid for the Day:  Giving an enema is messy.  Add in a child with a cough and it’s really messy.  As in splattering the nearby walls is a common occurrence.  In case you were wondering…I speak from very recent experience.